Beverley Mill aka Chapman's Mill, a grist mill that was first constructed in 1742, is one of the most important historic properties in Prince William County. It was listed on the National Register of Historic Places in 1977 and is classified as a County Registered Historic Site in the County's Comprehensive Plan. The mill is located on the Fauquier-Prince William border along Broad Run, north of Interstate 66 and Route 55.

The grounds contain the archaeological remains of an earlier mill, a family farmhouse, the family graveyard, and several outbuildings. The building is a massive five and a half stories constructed of locally-quarried stone. First built in 1742, but due to a fire in 1858, the mill was rebuilt and the top two stories added. The mill was heavily damaged again by fire in 1998.

The mill furnished food products for five wars, beginning with the French and the Indian Wars. It played a strategic role in the Civil War Battle of Thoroughfare Gap. As late as the 1940s, it was still grinding approximately 100,000 bushels of grain annually and employing six people. Initially at risk when Interstate 66 was constructed; the mill was saved when a coalition of citizen groups and state and federal agencies agreed to reroute the path of the Interstate around it.

On Oct. 22, 1998, Beverley Mill was tragically vandalized and gutted by fire. Soon afterward, the Turn The Mill Around Campaign, a 501(c)(3) tax exempt foundation, obtained ownership of the property and began the steps necessary to stabilize the walls of the mill. The goals of this non-profit organization include preserving the structure of the mill; restoring the wheel and the open mill race; providing public access; developing interpretive programs on the significance of the mill and Thoroughfare Gap; and raising the funds needed to carry out these goals.

Plans call for pedestrian pathways around the mill and along the head race providing views of the millpond, flume, sluice gate, forebay and the 29-foot wheel and tail race. Visitors will be able to enter the mill to gain a greater appreciation of its enormity and the beauty of the stone work. Interpretive signs will explain the milling process and the impact of the industrial site on the evolving economy of the area. The stone mill store will be restored and re-commissioned as an information outpost.

The "Turn the Mill Around" campaign is seeking donations for these restoration and master planning efforts. Visit the website or call 540-253-5888 for more information. 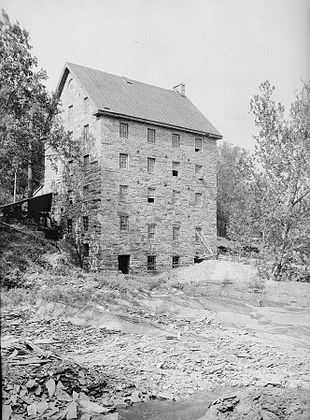 Chapman's Mill, taken in 1937 for the Historic American Buildings Survey. 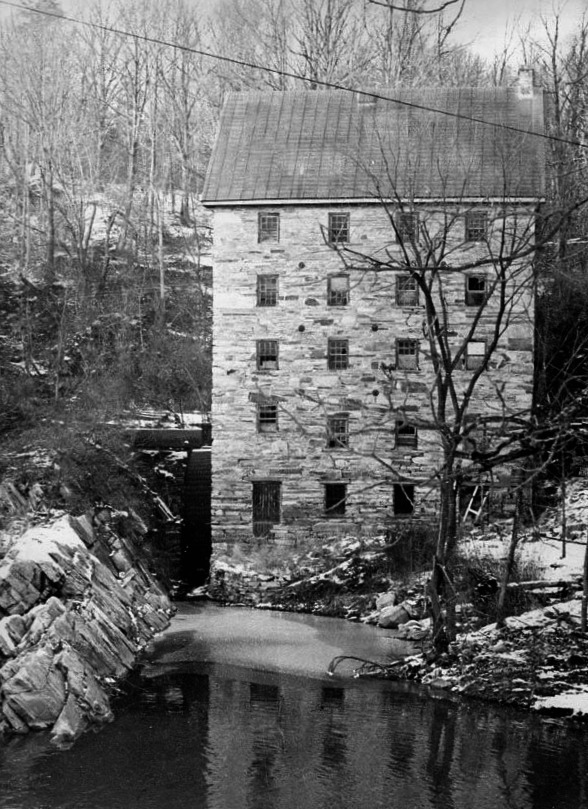 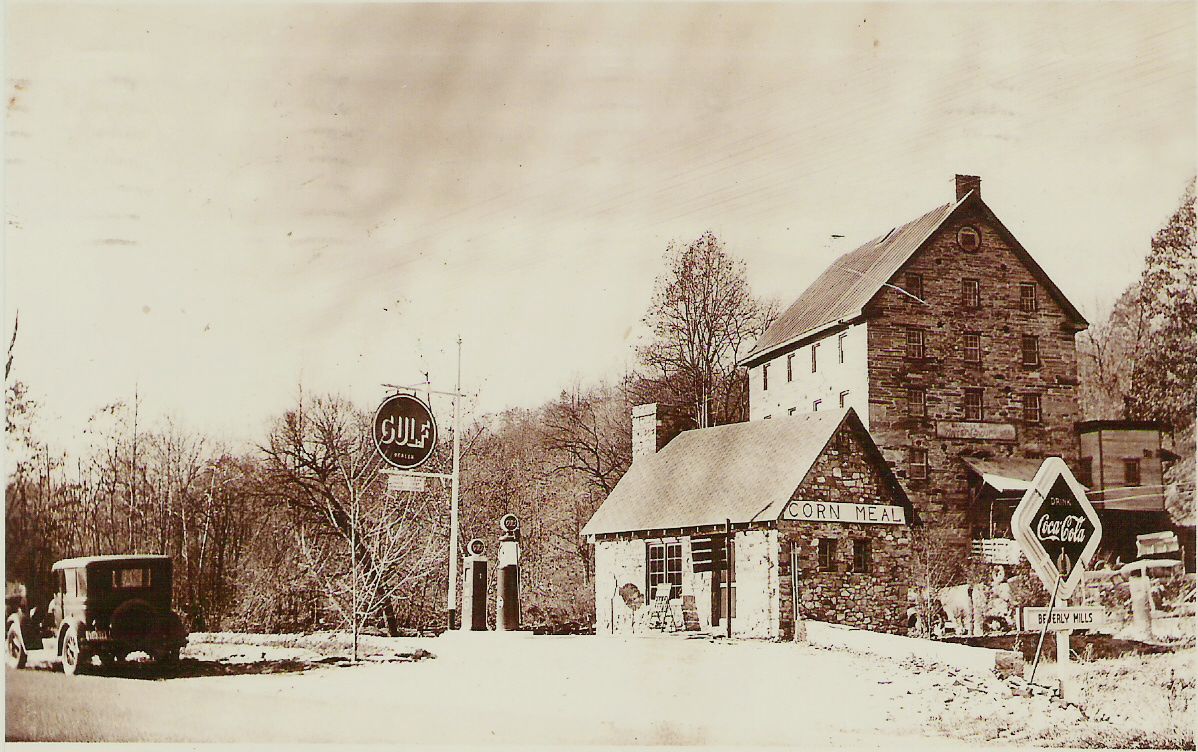 Chapman's Mill in the 1920's, then called Beverly Mills. 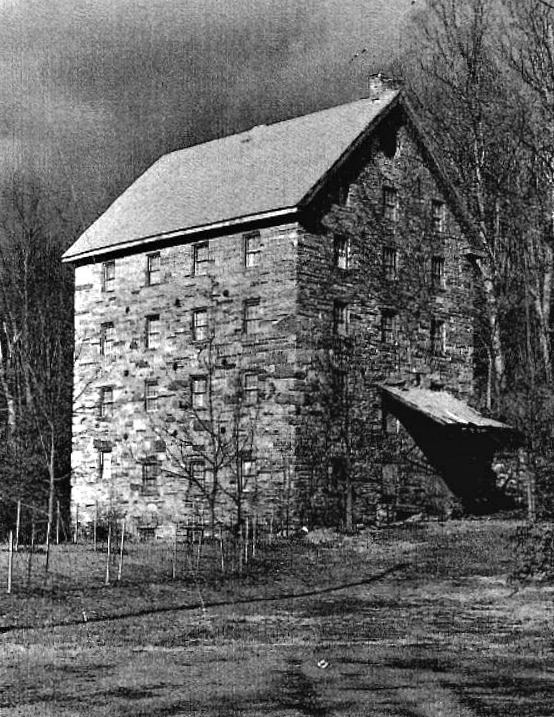 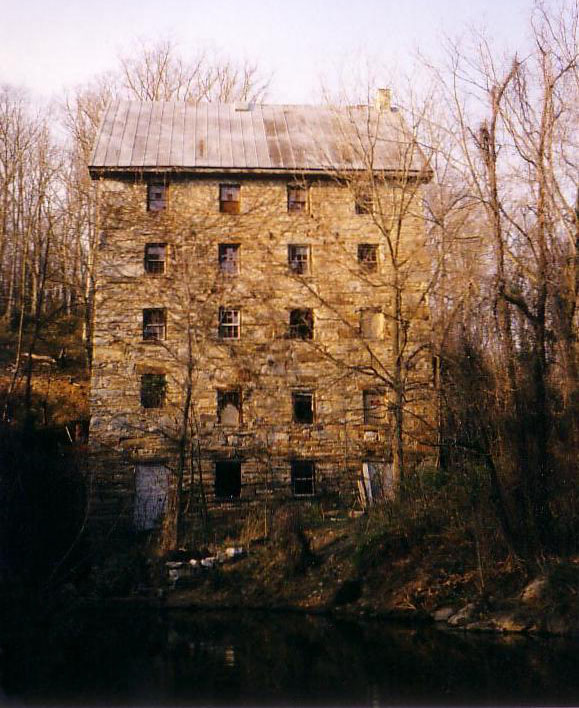 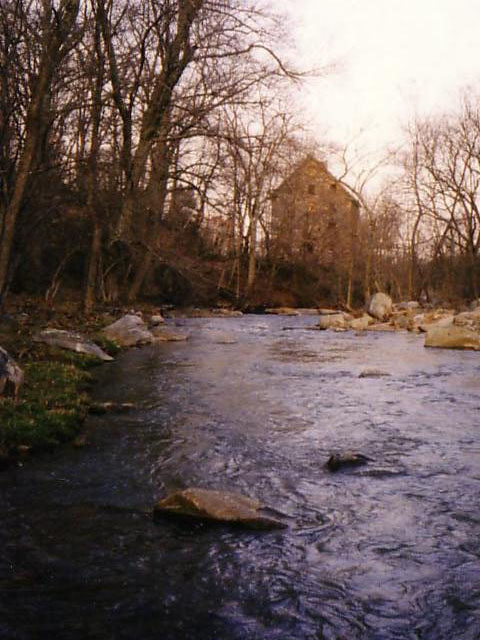 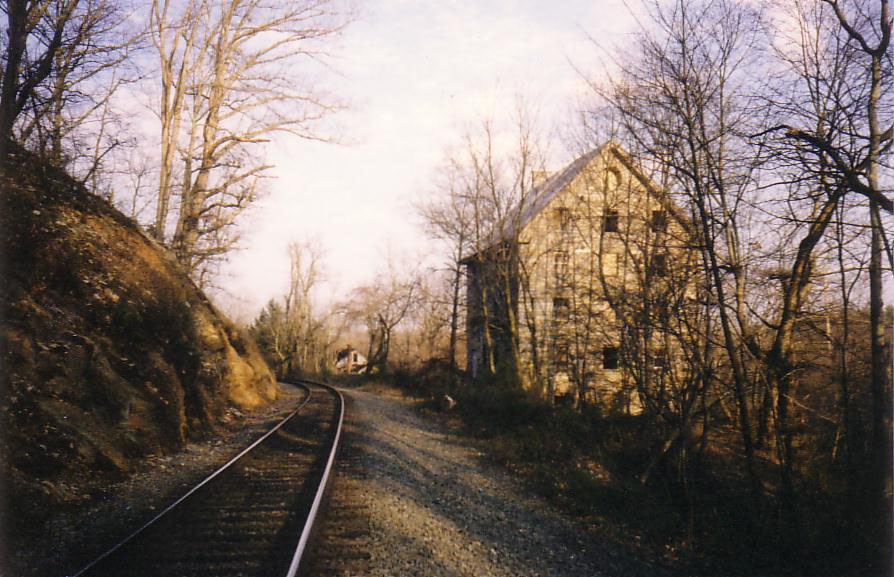 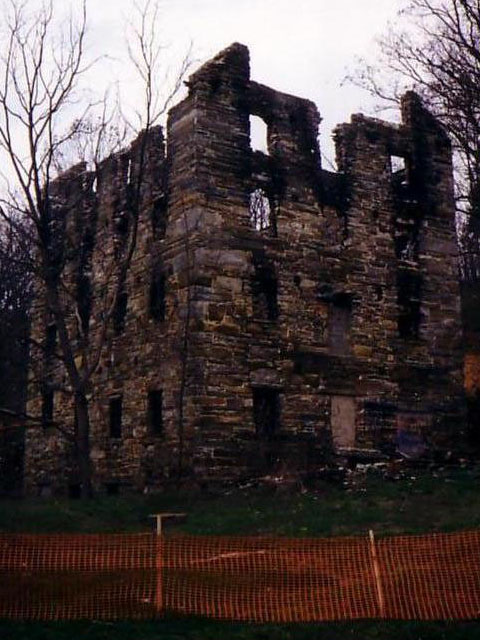 Chapman's Mill in 1998, shortly after the fire. 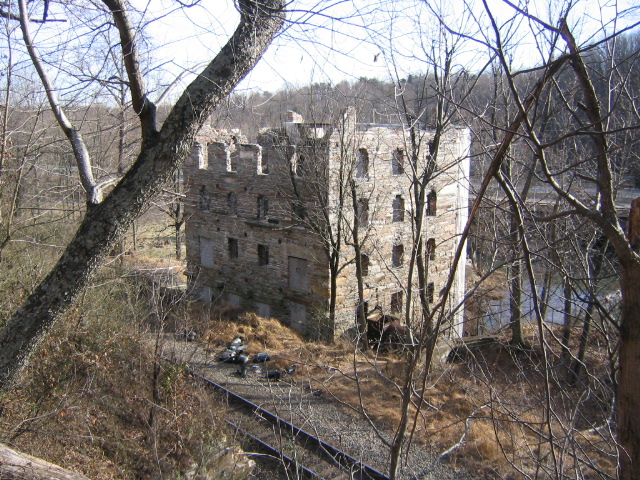 Chapman's Mill a few months after the fire. 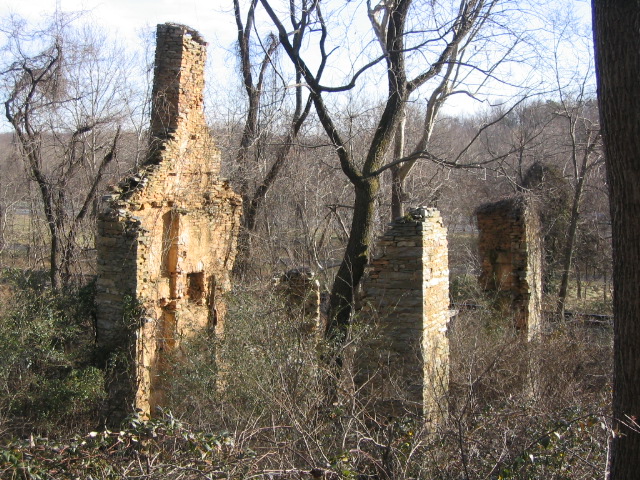 Another house in ruins near Chapman's Mill. 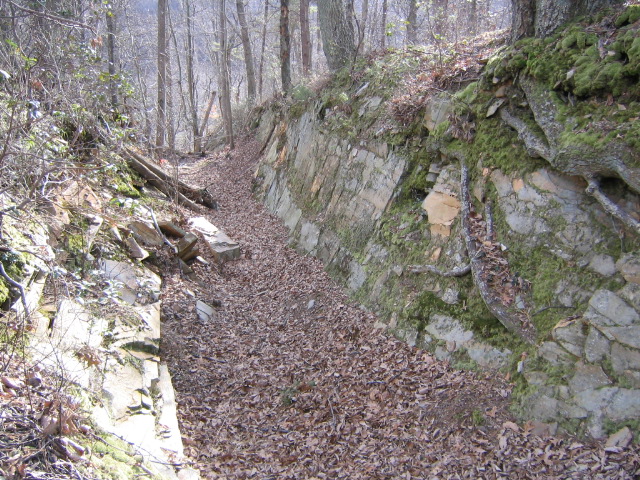 The trench where stone was taken from to build Chapman's Mill. 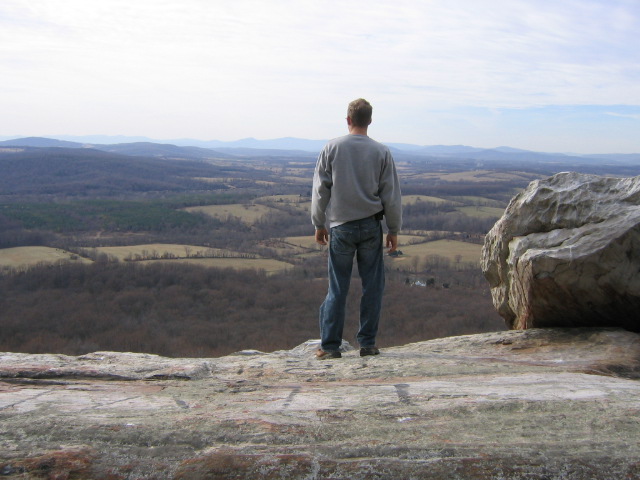 The overlook north of Chapman's Mill.

The overlook in the picture below has been closed, which is unfortunate due to the great view from the cliff. Hopefully someday it can be reopened.

Panoramic image taken in Dec. 2003. Use the scroll bar to see the full image.